Home » Test your Alarms It is Important

Test your Alarms It is Important 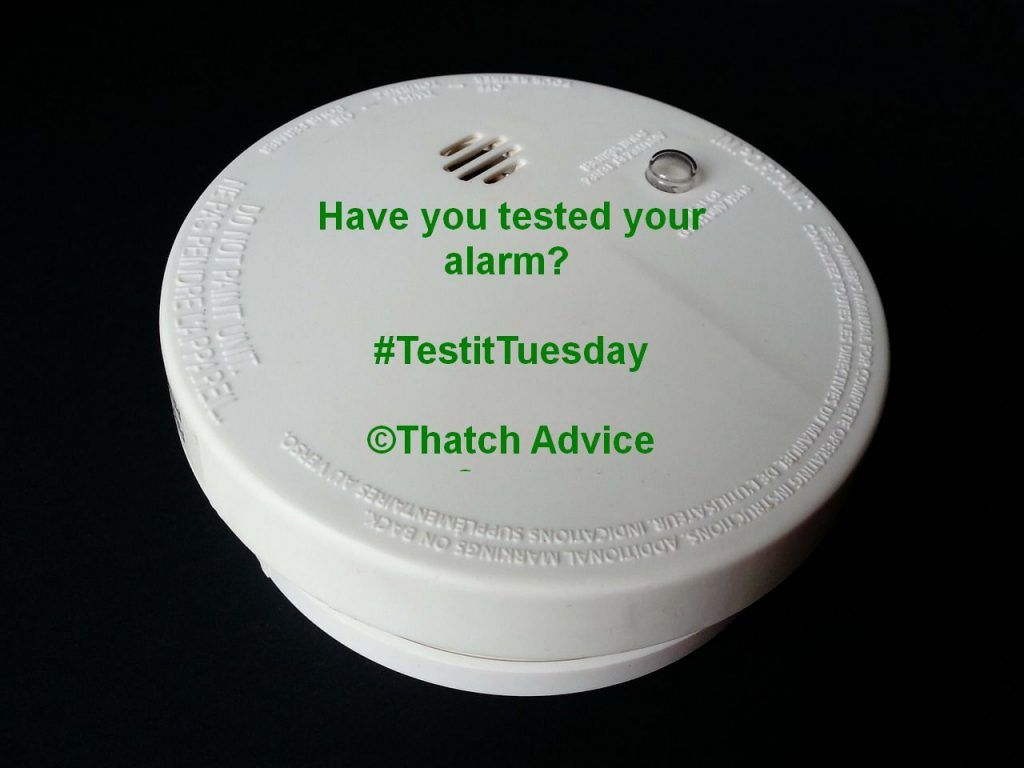 Why Our Reminders to Test your Alarms are important

As part of our Thatch Fire Safety message, we regularly post Social Media (Facebook, Twitter and Google +) reminders to test your alarms, both Smoke and Carbon Monoxide (CO).  #TestitTuesday and #PresstoTest.  We also now share our imaginative reminders on our new Pinterest board.

Our aim is to get everyone to help with this important safety message.  What good is an alarm if it is not working properly?

Please Share, Retweet and generally remind everyone you know.  Send them a text or email.  Say something like “just checking, because your safety is important to me, when did you last test your smoke and CO alarms?’”

Should the worst happen, the alarms can make a big difference to your safety and potentially the speed at which the emergency services can get to you.  Testing them is imperative.  In the case of CO it can be a matter of life and death.

Background to our reminders to Test your Alarms

Our work with the Fire Services and also with the Chimney Sweeps has highlighted the benefits of #workingtogether in spreading the important Fire Safety messages.  Our main aim was to reduce the number of thatch fires.  This now includes regularly jogging everyone’s memory to “Test your alarms” to make sure they are working properly.  Sharing this message with our friends, family and associates to help everyone even further, is great, thatch or not!

If one of our reminders to test your alarms prompted someone to change a battery, renew a faulty alarm or even install one, then it will be worth it.  Recently reported fires have shown the benefit of

Many insurers now have fitting of working alarms included in the terms of their policies.

Before you test your alarms 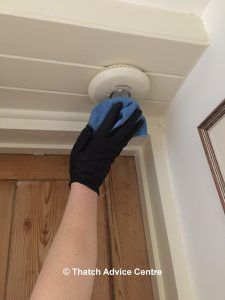 The Importance of Alarms

An alarm which warns you about smoke is obviously important as smoke is produced by fire.  It could be an open fire, an electrical problem or a kitchen disaster.

Carbon Monoxide alarms are essential if you burn carbon based fuels, as incomplete combustion can lead to production of this poisonous gas. Gas appliances, woodburners or even open fires can be a hazard.  Please understand the dangers and protect your home. CO is colourless, odourless and tasteless, so can kill with little warning. Its symptoms such as headaches, nausea and drowsiness are often wrongly attributed to other causes. This also explains why you are particularly at risk when sleeping as you may not be aware of the poisoning until it is too late. An audible alarm is recommended and could save your life by waking you up before the symptoms become too severe.

According to the fireservice.co.uk, approximately, 50 people die every year from CO poisoning caused by gas, oil and solid fuel appliances and flues that have not been properly installed, maintained or that are poorly ventilated.

When choosing your smoke alarm or CO alarm, do ensure it complies with British Standard and carries a British or European approval mark, such as a Kitemark eg CO British Standard EN 50291.  CO alarms should be installed, checked and serviced in line with the manufacturer’s instructions. 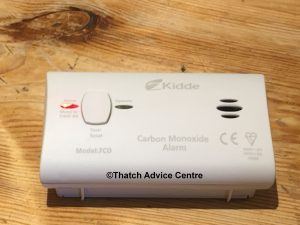 Are reminders to test your alarms still valid?

We were surprised to be asked this question.  Of course it is still valid to remind people to test their alarms.  Some people have hard wired alarms which run on the mains, some people have the alarms with 10 year batteries, but checking them is still a good idea as faults can develop and dust can hinder efficiency.

Check not only that they are working but that they are clean and free of dust. Our reminders may jog someone’s mind who can then help a person who is elderly or incapacitated; someone who struggles to check their own alarms or even just forgets.  Simple things can make a difference.

Struggling to reach to test your alarm? 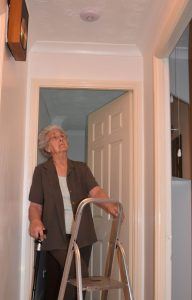 If you are struggling to reach to test and maintain your alarm, a new product created by RetractAlarm may well be a solution for you.  We have seen the prototype and think it is a great idea.

“RetractAlarm is an innovative device that can be fitted to new or existing battery powered smoke alarms. It fits between your smoke alarm and ceiling. When fitted you simply pull the smoke alarm down from the ceiling to the required level using the pull cord.  RetractAlarm will lock into place. Clean it, test it, change the batteries.  When you have finished a short pull on the cord retracts the alarm back to the ceiling.  It is easy, no more steps to climb, balancing on furniture or standing on one leg leaning over the bannister.

RetractAlarm is ideal for people who don’t like heights, have disabilities, are older or who struggle testing alarms.

The inventor is gauging interest at the moment, so if you are struggling to test and maintain your alarms, get in touch with them via their website http://www.retractalarm.co.uk/ 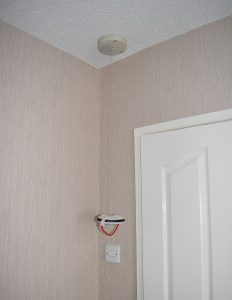 Reminders to test alarms – What if I don’t have one?

Then please use our reminder to test your alarms as a prompt to install one – or several.

As a minimum you should have one on each floor and one in the loft/attic space.  The Dorset Model mentions this as well.  The siting is important too.  Make sure that any alarms you buy are marked with a current British Standards or European (CE) safety mark, which shows they are approved and safe.  Your local Fire and Rescue Service are very helpful regarding information and fitting of smoke alarms.

The ultimate test of your alarm.

Think about you, your family and property.  Plan and be prepared.

If you do discover a fire in your home, make sure everybody knows immediately and close doors behind you as you leave to slow the spread of the flames and smoke. 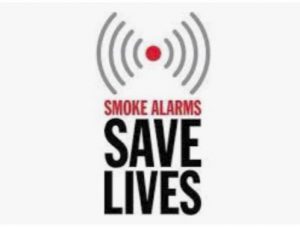 Spread the ‘Test your Alarms’ message

Please join us in sharing reminders to test your alarms;

Remind your friends, family and followers with this simple but important message ‘Test your Alarms’.   #TestitTuesday  #PresstoTest   #Workingtogether

Thank you for taking time to read this and understand a bit more about why we think it is so important to test your alarms and why we do the reminders. 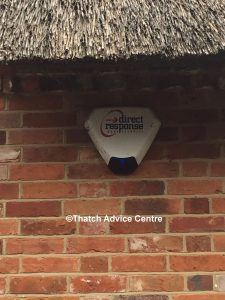