Concern over heat transfer from chimney bricks to thatch was always thought to be a major cause of thatch fires. Thatchers and homeowners now understand better that this theory, although good in its time, was only a theory. Practically thatch burns at just under degrees. The chimney would have to be very hot for a length of time for the bricks to get these hot spots and set the thatch on fire.

The Burgoynes Forensic Investigation of Thatch Fires further confirmed the heat transfer theory to be less likely. More likely, chimney fires ejecting sparks which drop down onto the thatch or possibly a spark going through gaps in old mortar between the bricks. Their update for heating season further raised questions. 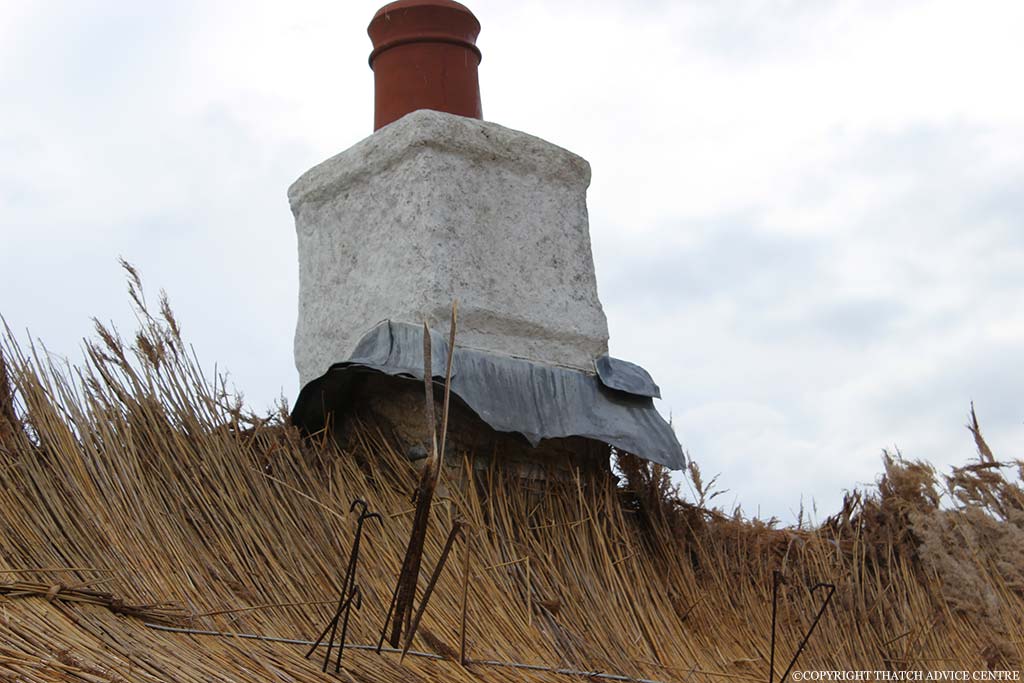 Care of the chimney and what is burnt is therefore paramount. Whatever the cause vigilance and common sense are important factors in reducing the risk that chimneys from woodburners and open fires present to thatched roofs.

Please understand thatched homes have had fires for hundreds of years, Woodburners are more a recent introduction and burn hotter, so with more risk but understanding this and making informed choices on your individual property are the way forward. Developments in woodburner safety are also improving the situation. Investigation into woodburners, fires, liners and flues with respect to thatched properties is underway and we will keep you updated.