This page is designed to give you more information on the Regional Thatch in East Anglia.  Our extensive network of thatch specialists means that we give credit to Stephen Letch, a member of the East Anglia Master Thatchers Association, for the content on this page, including the pictures.  The background information, along with detail on the visual characteristics and ridges based on his extensive knowledge, is appreciated. 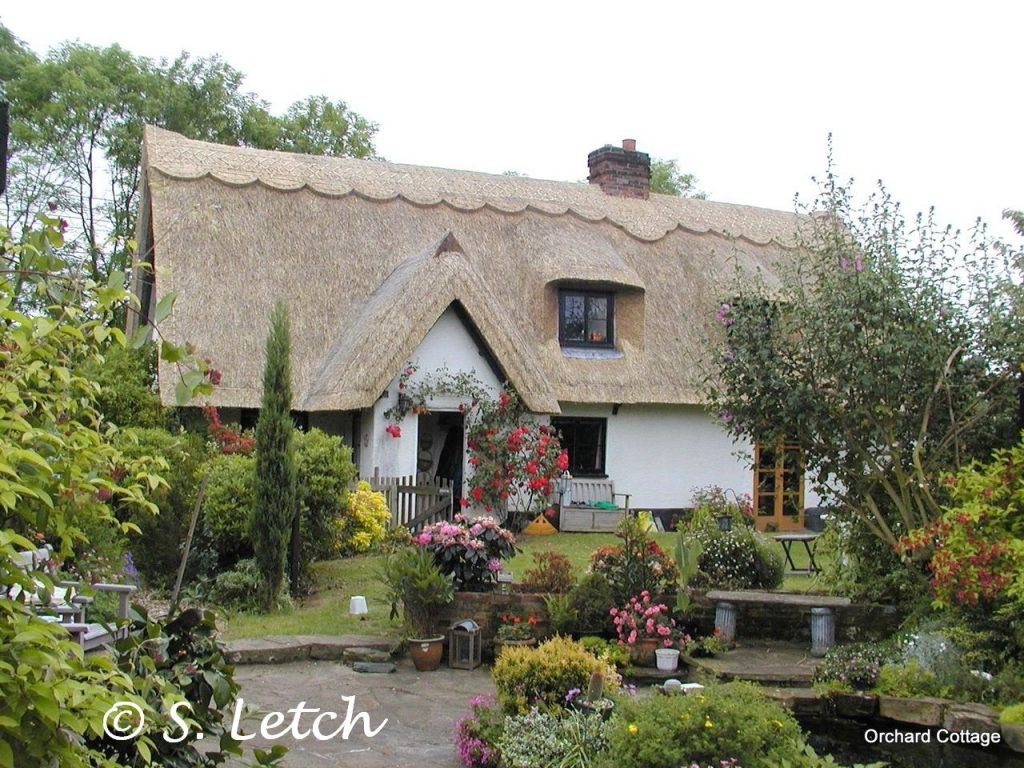 For centuries the regions traditional thatch types have been using predominately Long Straw or Water Reed in the Broads and wetland areas, with Combed Wheat Reed being used sporadically since the late 1950’s.

Large numbers of the regions Long Straw roofs were lost to tiles in the early 20th century, perhaps as many as 300,000 when comparing data from Sun Life & Royal Exchange insurance policies from 1862-3 and a Rural Industries Bureau questionnaire in 1960. Thousands more were lost to replacement with water reed in the second half of the 20th century.

Even with all these losses of long straw roofs the region still retains the largest concentration of this type of thatch that once accounted for a possible 80% of all thatch types in England pre 20th century. 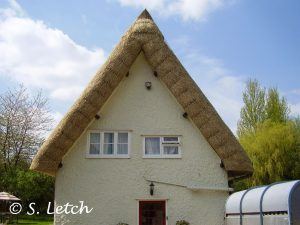 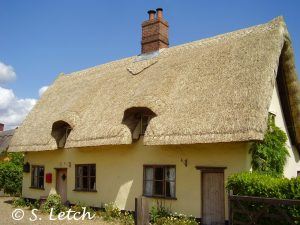 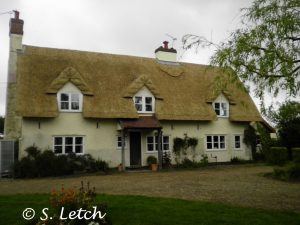 Water Reed thatch (Norfolk Reed) visually differs very little throughout the region with crisp precise dressed lines on the gable ends, eaves, dormer windows and face-work, the Broads area of Norfolk does however have large numbers of distinct buttress brick gable ends of which reed thatch finishes against it. Most of East Anglia outside of the Broads region finishes the top of the gable ends with pinnacles whereas parts of Cambridgeshire finish the top with small cap ends.

Long Straw thatch in the region has the most diverse visual feature detail characteristics, which are predominately characterised by the gable ends, one would know pretty much where you were in East Anglia by the gable ends. The reason for this diversity stems from local traditions that developed on how to construct the flues when re-thatching over old and original coats of worn thatch. All original long straw thatch was fixed to the rafters as a single coat and finished with a cut precise gable (similar in appearance to the dressed gable ends of water reed).

Essex rolled gables are only seen in Essex and parts of Hertfordshire.

Cut gables that show the new and old cut ends can be seen along the Suffolk/Essex border.

Wooden boarded gable ends are seen in a small area of mid-Suffolk around the Stowmarket vicinity. 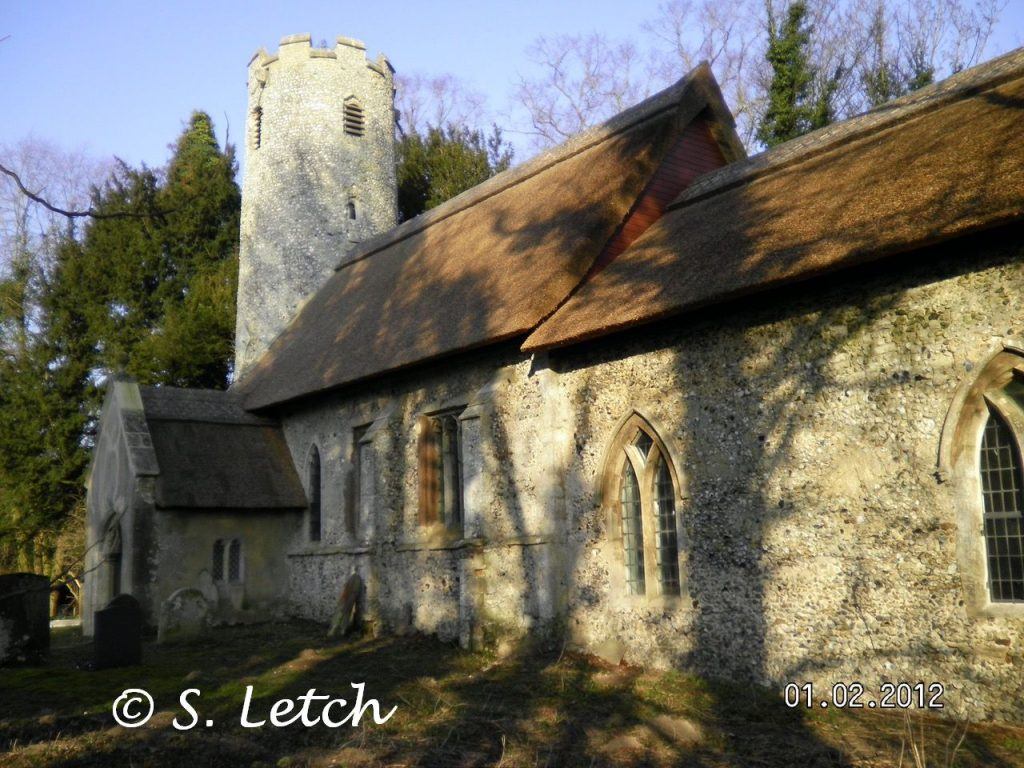 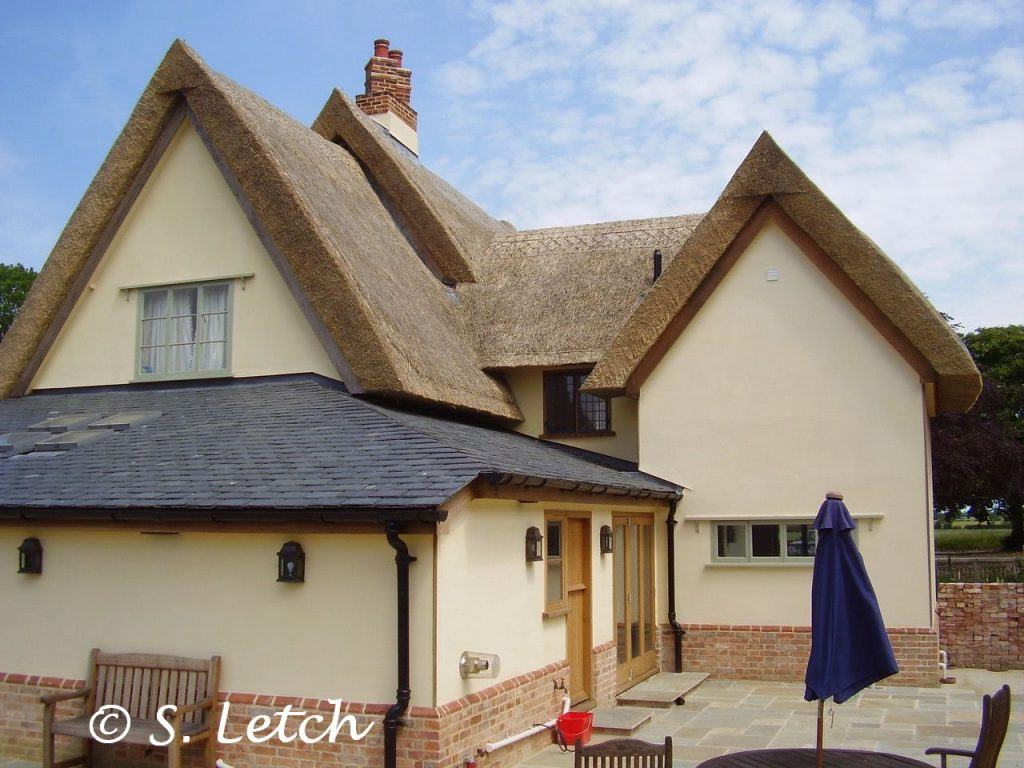 All water reed roofs have block cut patterned ridges as do most long straw roofs these days mainly from the Broads influence although originally long straw ridges were always traditionally finished liggered flush with the main thatch, we are seeing many thatch-owners now opting for the flush ridges for aesthetic simplicity.

The word ‘style’ has crept into the vocabulary used to describe different aspects of thatching, so much so everything appears to have ‘style’ bolted onto the back of a description, as if thatchers are akin to hairdressers following fads and fashions at whim. The use of the word ‘style’ for different cut patterns on ridges is probably fair, but to use it for types of thatch, feature detailing and construction methods is perhaps rather odd? 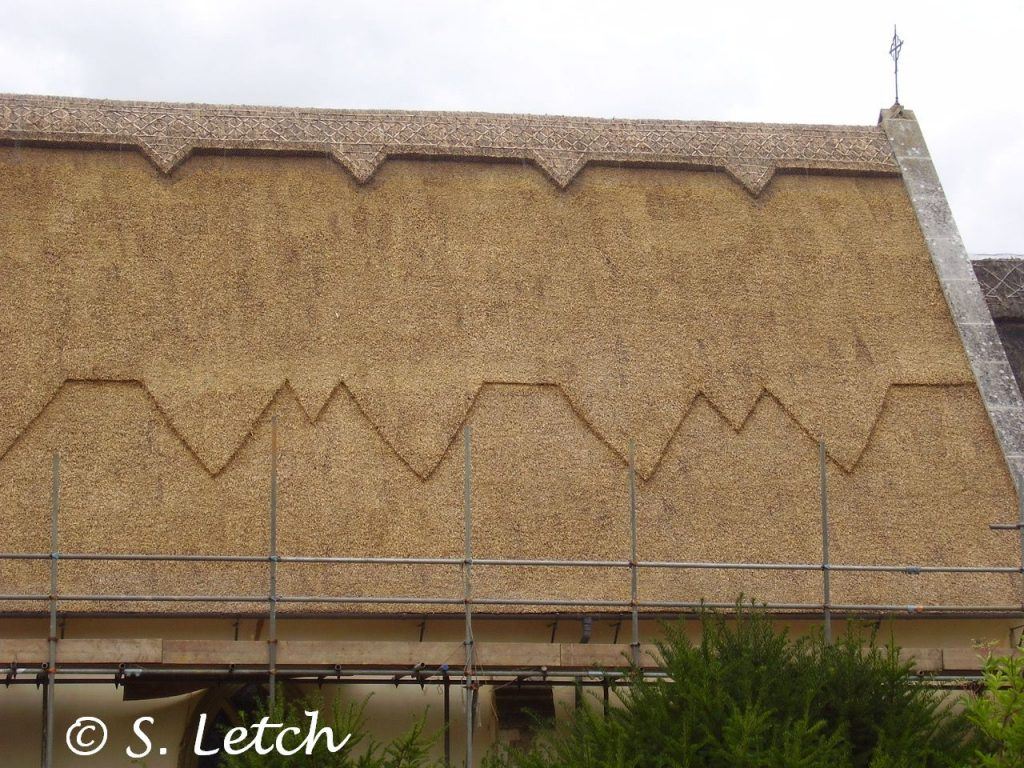 Water Reed thatched church in Suffolk thatched up to buttress walls, this feature is far more common in the Broads and North Norfolk. 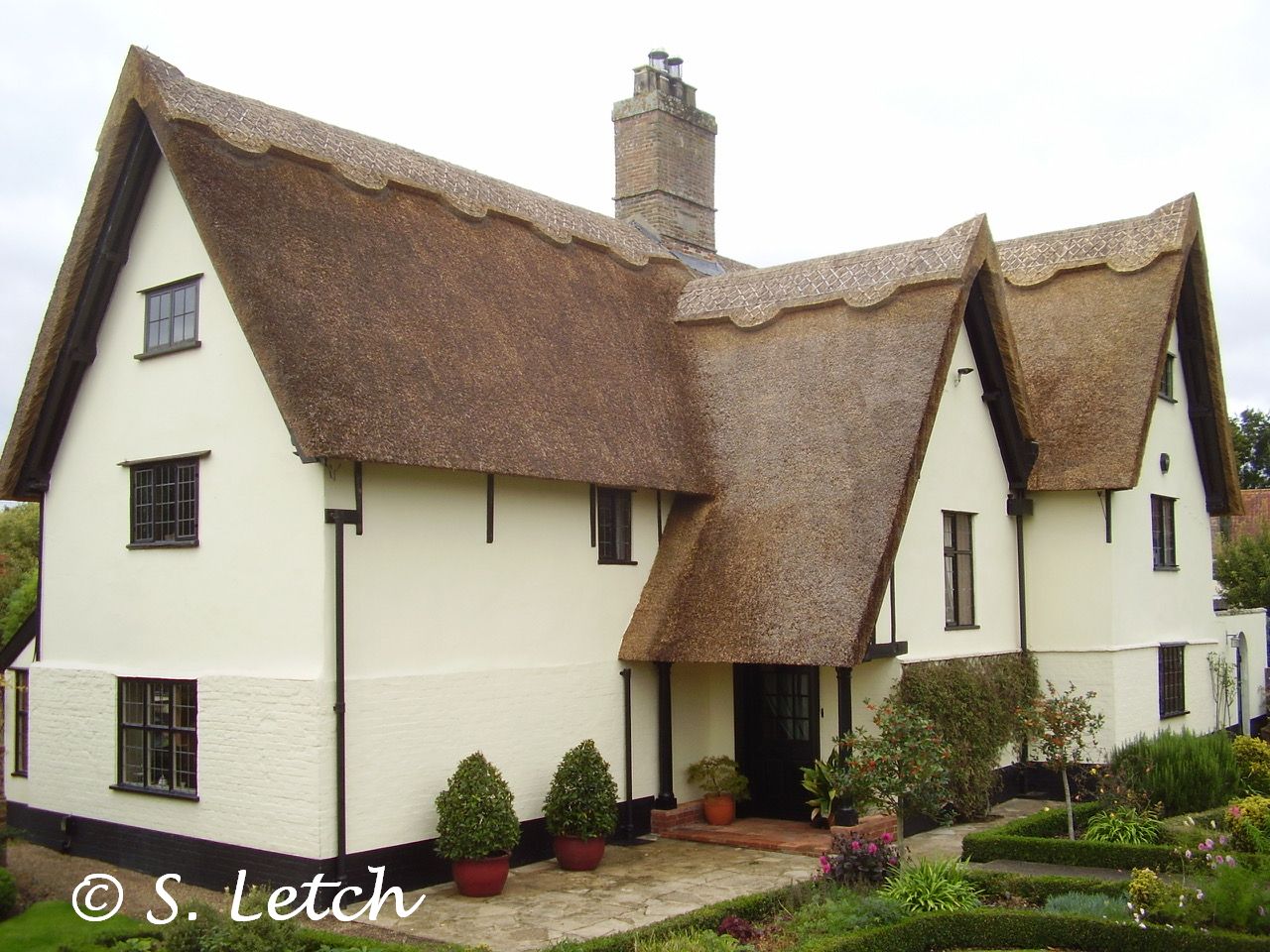